Although real sinkholes technically only occur in areas with “limestone rock and karst geology,” it is possible for other depressions that look like sinkholes to occur anywhere. Anytime water can saturate an area where the soil isn’t properly compacted there’s a risk that the ground could give out. Depending on the extent of the saturation, you may still end up with a sizable hole in your yard if your sewer is the problem. Let’s see if your sewer is causing sinkholes.

Fortunately, this is rarely a problem for homes built after 1980. Before the updated building codes required sewer lines to be gasketed and sealed, it wasn’t uncommon for sewer joints to be wrapped in a material similar to jute rope before they were covered in concrete. These materials have a tendency to deteriorate underground, allowing your sewer line to form an increasingly problematic leak.

The steady release of water into the surrounding soil and rock is responsible for the more noticeable occurrence of sinkholes near homes that were built before 1980. Unfortunately, that does not mean newer homes are entirely invulnerable to this problem. Despite all of our precautions, it is still possible for leaks to occur as a result of:

In the worst-case scenario, you may need to call for a main line repair in Highland Park if you’re noticing new depressions in your yard.

Is Your Sewer Causing Sinkholes

If you’re already seeing depressions in your yard where the soil and rock has given out, then you need to call an emergency plumber. Sinkholes and other dramatic evidence aren’t the only indicators that there’s a problem. More often than not, there are more subtle signs that will point to a problem before it becomes outwardly destructive. These are the most common subtle signs that you have a sewer leak.

None of these are a good sign, but if you’re experiencing more than one you likely have a problem that will require rooter services in Highland Park. New Generation Plumbing will send a licensed and certified technician out to your home to evaluate the problem and provide an estimate.

The Consequences of an Untreated Leak

No one likes surprise repairs, but a sewer leak cannot be ignored. Cracks don’t close themselves. In reality, they only get bigger, which means you’re going to see increasingly severe repercussions.

When a leaking sewer line is left unchecked, it can soften the ground, which could potentially destabilize your foundation. The leak is could result from a main line clog or blockage. If so, sewage could end up backing into your home causing permanent damage and requiring a costly clean-up in addition to the necessary repairs.

When it comes to your plumbing, it’s simply better to take care of potential problems before they become serious. You’ll save yourself, your family, and your home by following the suggested inspection schedule and performing maintenance as needed. 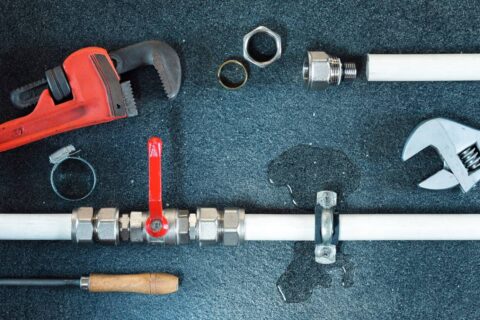 A broken sewer line is a major problem for your home plumbing that could lead to serious damage to the rest of your home and property. In order to… 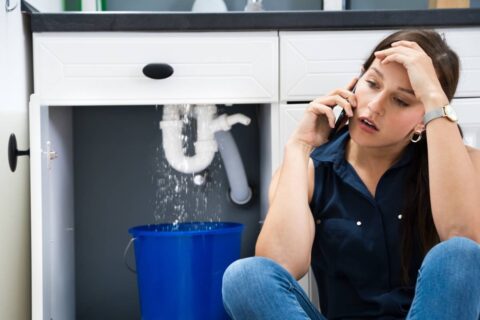 A plumbing emergency is not a laughing matter. They can cause extensive damage to your home and expose your family to toxic matter. Therefore, it is…